Need a new boiler?
Get FREE no-obligation quotes now!
Get Your FREE Online Quote Today
Don't worry it only takes a minute 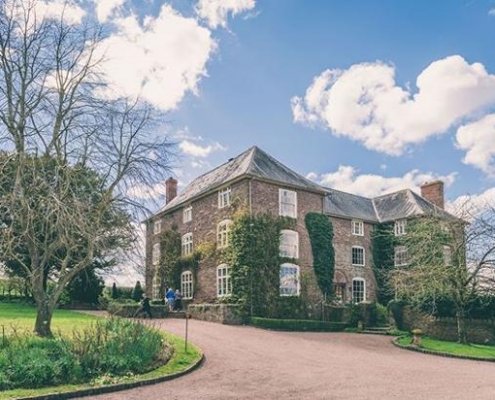 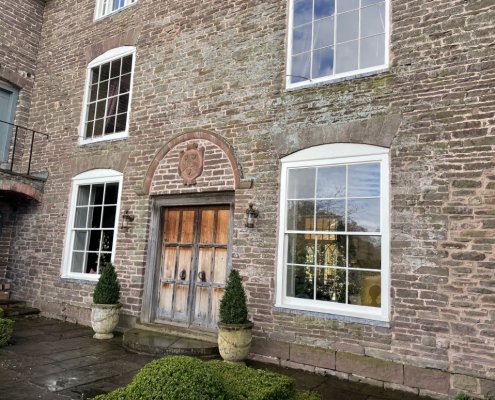 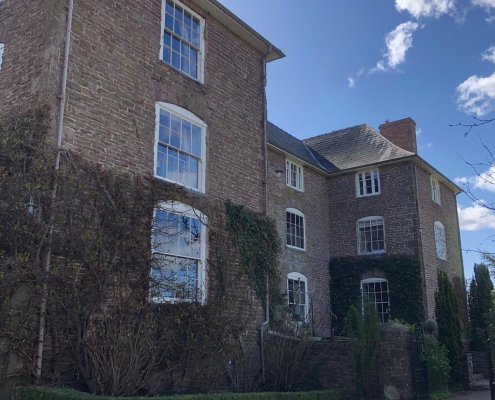 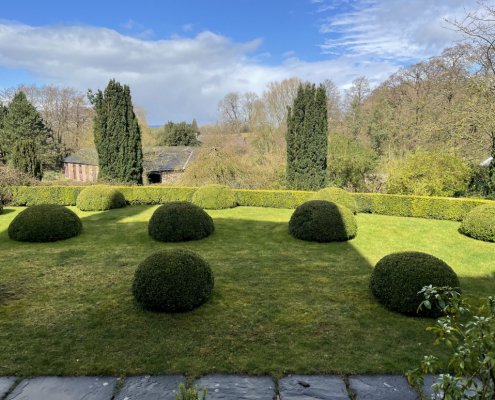 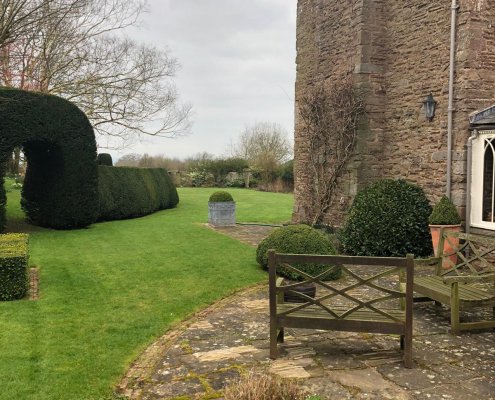 In March 2021, we were approached by the owners of Dewsall Court, a 17th-century weddings and events venue set in 12 acres of grounds against the backdrop of the Black Mountains in Hereford. They were looking for a new boiler system in time for the return of the wedding season after the COVID-19 lockdown restrictions in England.

Dewsall Court is a multi-use venue that predominately hosts weddings. However, it is also used for business events including conferences, meetings and product launches, activities such as cooking workshops, cocktail masterclasses, pottery classes, yoga, tai chi, and massage and beauty therapies. With a varied range of uses and being a sandstone walled 17th-century property, Dewsall Court has some very specific heating requirements.

With a cellar, three floors, two barn conversion bedrooms and 75 radiators, Dewsall Court has a vast floorplan and has a range of rooms that require heating and hot water. These include the following:

First floor: One suite with an en suite bathroom, two bedrooms both with en suites, a billiard room, landing and lobbies

Two converted barn bedrooms each with an en suite bathroom 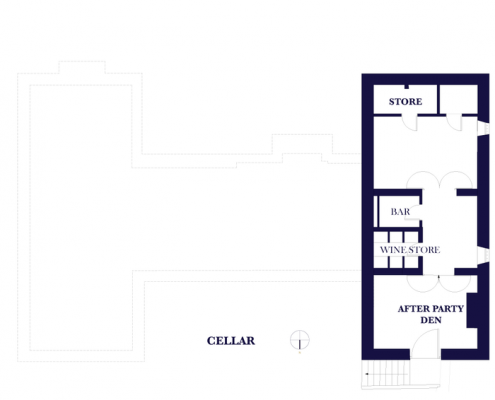 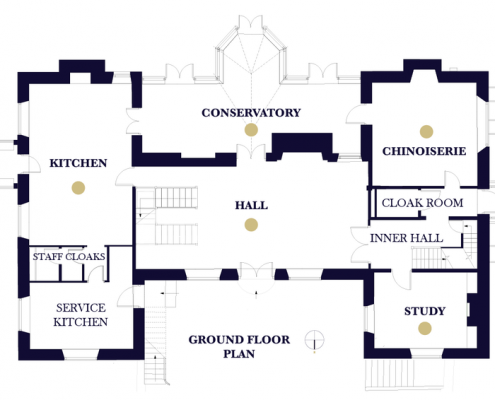 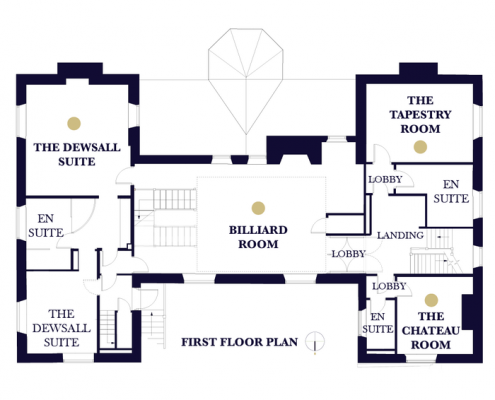 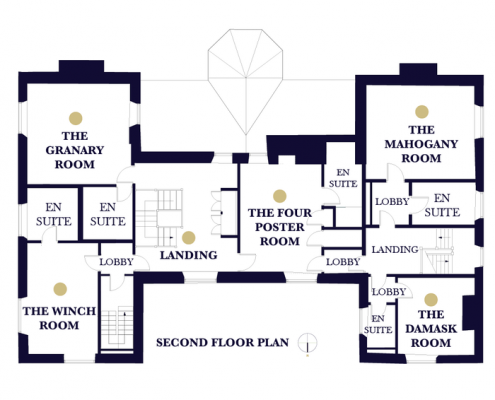 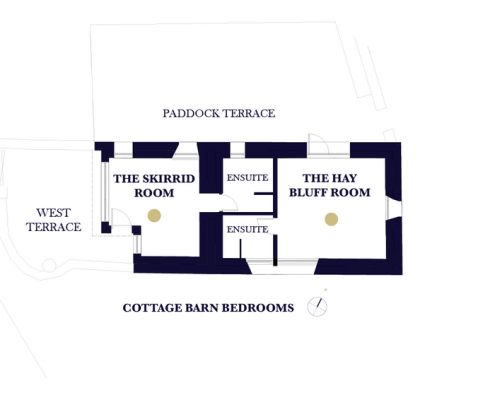 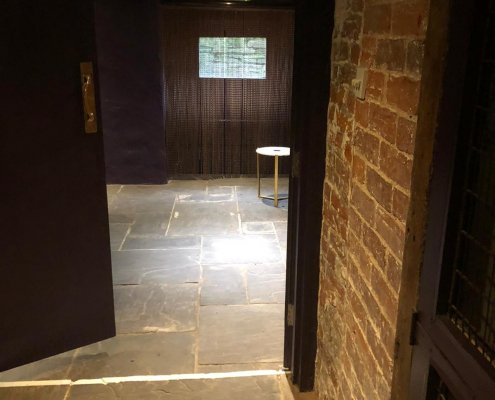 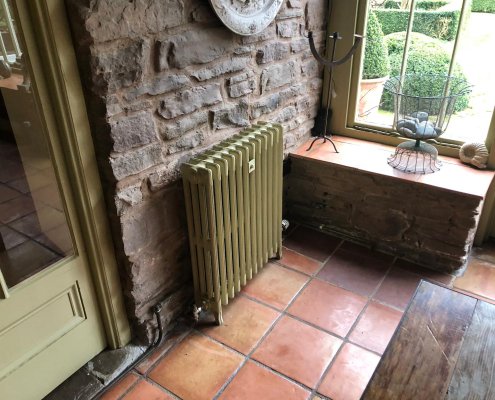 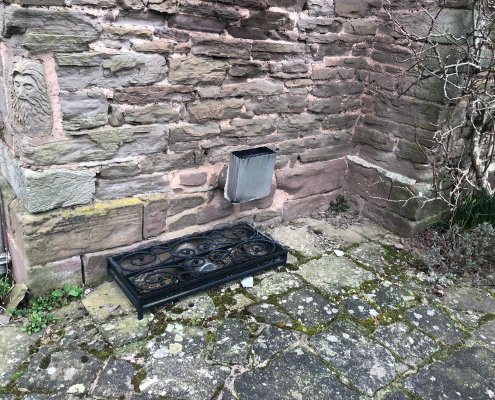 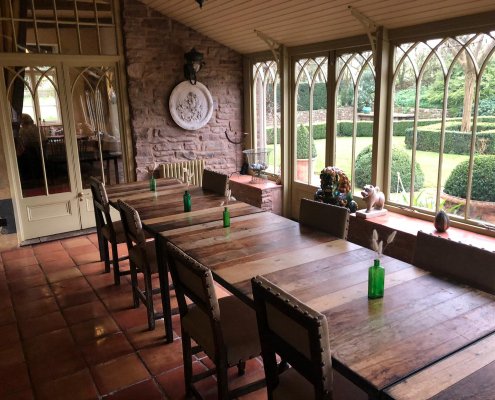 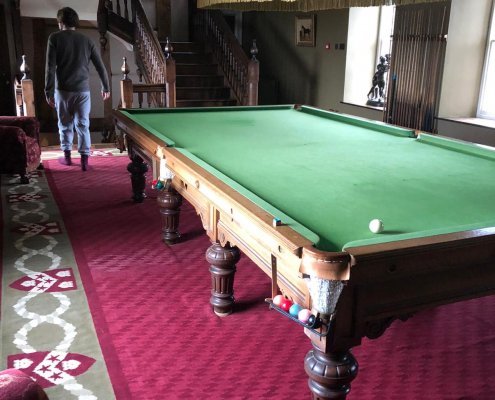 Upon contacting Boilerhut, we evaluated their specialist requirements in needing to provide heating and hot water to bedrooms for up to 27 overnight guests, and events for up to 170 guests. Our recommended solution for this was the installation of three Navien LCB700 Blue Flame Oil Boilers in a cascade system.

The Navien boilers we recommended and later installed were to be replacing the venue’s existing 14-year-old Kidd oil boiler. Although suitable for the venue’s needs at the time of installation, the current boiler was now no longer working and prior to this had become very inefficient and was costing the venue a substantial amount of money in oil bills each year. In addition to this, it had been rewelded several times and was in need of replacement rather than further repair.

To replace the venue’s Kidd boiler, we initially considered a number of other boiler options including a 100kW Viessmann oil boiler (weighing 380kg) and 2 x Grant oil boilers. However, we decided that these boilers were too heavy and not wholly suitable for installing in the customer’s preferred installation location of the venue’s cellar. 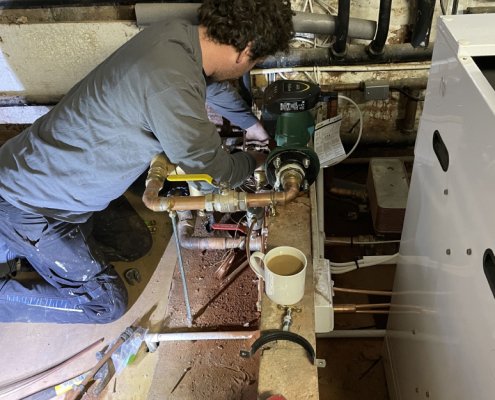 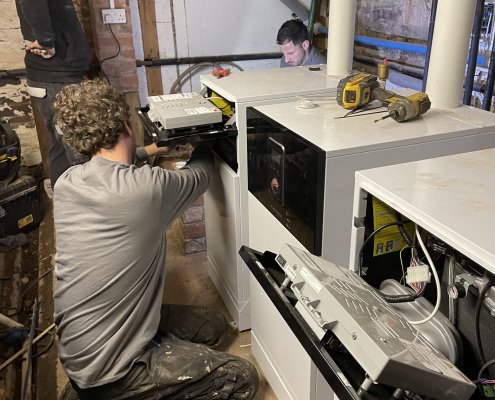 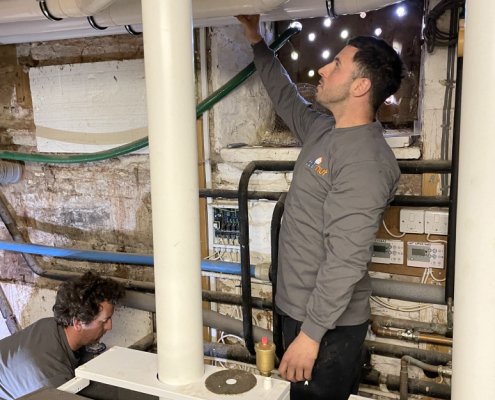 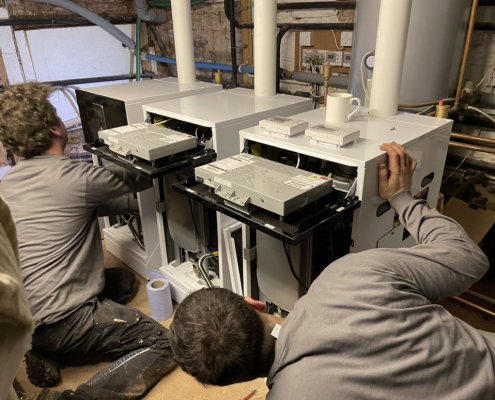 Why we recommended three boilers

Rather than recommending one large output boiler, we recommended the installation of three boilers for a number of reasons:

The first of these reasons was the combination of the sheer size and weight of the existing boiler. Due to being so large and heavy – weighing just under 300kg, the existing boiler was difficult to maintain and service. We were reluctant to replace the boiler like for like to prevent these issues from occurring again. Not only that, with the boiler being located in the cellar of the property, it would have also meant manoeuvring such a large unit down a set of steep steps which could have caused additional problems in the future. Instead, the Navien LCB700 boilers we installed are a more manageable weight of 70kg each.

Another of the reasons we recommended the installation of three boilers was due to Dewsall Court’s unique needs. Being a wedding venue, the property has specific heating requirements in different areas of the property. For instance, the heating requirements in the rooms for the guests getting ready on the morning of the big day would be different from the requirements downstairs on the dance floor later in the night. Again, whilst a cooler environment would be needed for dancing, warmer temperatures would be needed for the guests waking up in the morning. Using three boilers, we were able to address these needs easily by utilising the boilers to zone areas of the property in conjunction with the smart thermostat controls which the customer already had.

Another of the benefits of having three boilers is the heating system’s ability to cope with the hot water demands placed on it during a busy day at the venue. On the day of a wedding, there will inevitably be multiple guests calling for hot water simultaneously. The three boilers installed are more than equipped to be able to cope with these demands thanks to their quick DHW supply function, ensuring no guests are faced with a cold shower or a long wait time for hot water.

In addition to this, these boilers offer a built-in Intelligent Mode. This self-learning mode monitors DHW  usage and prepares it according to the typical usage routine, which is ideal for the varied needs of this property.

By installing three boilers, we were also able to safeguard against future mains failure by always having a backup. When the existing boiler had previously failed, it meant the venue was left without heating and hot water – a nightmare for any hospitality business. Now by having three boilers instead, should one boiler at Dewsall Court fail, there are still two others as a backup for the venue’s heating and hot water.

Installing multiple condensing boilers rather than one large output boiler also increases the turndown ratio and improves the modulation capability for the boilers ensuring more energy-efficient heating than using one boiler.

To ensure all three boilers are working equally, we added a sequence controller to the heating system. By adding this component it ensures that all of the boilers get equal working time and that one boiler isn’t doing all of the work.

With a class-leading flue length of up to 20 metres and an IPX 5 rating, the Navien LCB700 is versatile when it comes to the installation location. This meant that it was a great choice for installing in the cellar of Dewsall Court.

To provide more power, we also added an additional pump to the system to replace the pump which was previously integrated into the Kidd boiler.

With the owners of Dewsall Court informing us that their previous boiler was very inefficient and recommendation of the Navien LCB700 will see their fuel bills greatly reduced. We recommended this boiler due to its market-leading efficiency which is achieved by the SEDBUK A-rated blue flame technology it utilises and the boiler’s excellent modulation. It also meets future regulations which are expected to be introduced in the next few years.

Another of the key reasons we recommended the Navien LCB700 is due to the boiler’s stainless steel heat exchanger which prevents corrosion and erosion, ensuring a long service life for the boiler.

The boiler also comes with a 10-year warranty covering parts and labour. The owners of Dewsall Court were particularly impressed with the peace of mind that this warranty brings, especially given that Navien promises that an engineer will be sent out no more than 48 hours after an issue has been reported. 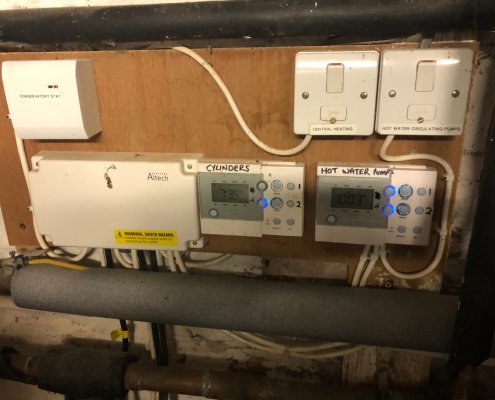 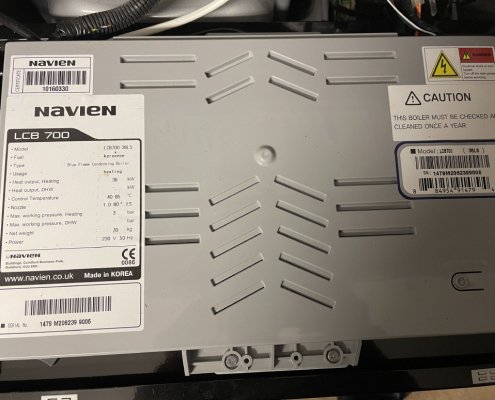 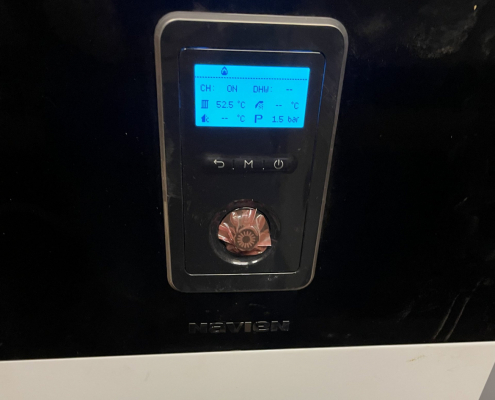 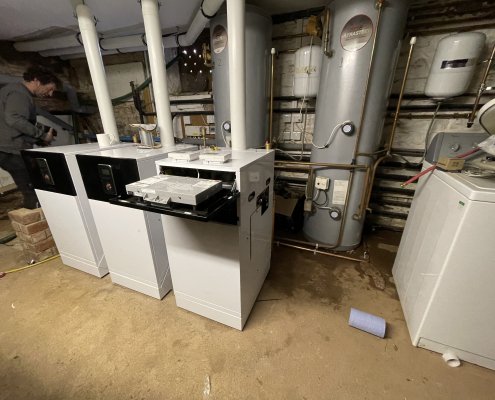 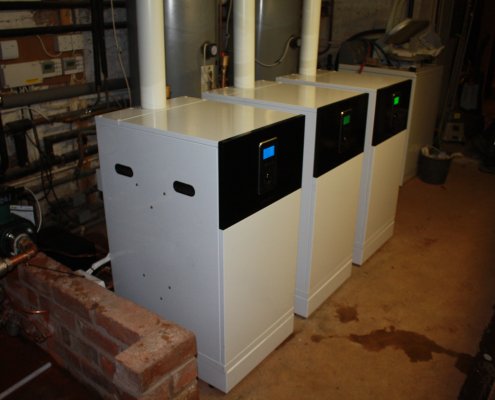 If you would like to find out more about the boiler used in this installation, you can do so by reading our Navien LCB700 Blue Flame Oil Boiler review.

Get a FREE Quote on a New Boiler

Trustpilot
Need a new boiler?
Get a FREE Quote Today
Scroll to top