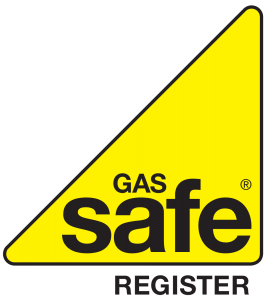 We are a team of Gas Safe heating engineers offering boiler installation all across Greater London.

Our London-based heating engineers are able to offer high-quality gas, oil, LPG and biomass boiler installations to residential and business customers throughout the capital.

All of our engineers are Gas Safe registered to give you peace of mind that you’re in safe hands. In addition to this, we maintain close working relationships with leading boiler manufacturers and are able to provide you with the most competitive pricing when it comes to installation.

Our team offer boiler installations throughout the M25 and across all London postcodes.

If you require a new boiler installed anywhere across London, we will be happy to assist you. Enter your postcode below to get an instant quote in minutes – at any time of the day! Whilst if you prefer to talk on the phone, call us on 029 2009 9898 to find out more.

Highly trained installation team with over 40 years of experience

We are proud to be Viessmann Trained Installers, part of the Grant G1 scheme, Ariston recommended installers and approved Navien Certified Installers.
However, as an independent boiler installation company, we are able to install boilers from any manufacturer.

Reviews from previous customers in London

It was a complicated job (replacement of a 30 year old boiler in a listed house) and the team delivered. I particularly appreciated the commitment everyone at Boilerhut (from sales, to operations, to engineer) to do a full, complete and thorough job whatever the additional complications we faced.
To be noted as well: the team came to my home in London, at 24 hour notice, on a bank holiday which was much appreciated as I had no water.
They are true professionals.

Absolutely Excellent
New system fitted in 2 days including removal of old boiler, water tanks, rads and immersion, converted over to new combi system including new rads and new pipework and relocation of pipework into the loft for a new conversion, we have gone with the Vitodens 100-w boiler after discussions with paul from Boilerhut and what our needs would be for our home, turns out it was a great decision, great work ethic and communication at all times from fitters to Paul at their office, normally you would expect an issue or two with such a major job but whatever these lads came across was simply dealt with seamlessly, I would highly recommend Boilerhut without hesitation

Outstanding service! A brilliant third-way business model! After having a very expensive ‘repair’ job by a large London-based plumbing company that failed, I was worried whether converting to a combi boiler would fix all my problems or something deeper was wrong. So I didn’t want an online-only quote in case there were problems cropping up later. But I also didn’t want to take time off work to see lots of local plumbers for quotes. Boiler Hut was superb. I was able to have a long chat with Paul in the evening and send him photos and videos of my system. He was very knowledgeable, helpful and encouraging and not at all pushy. I arranged an installation on Monday night and installation happened on Wednesday! The two installers were extremely efficient, polite and friendly and did an amazing job including tidying up after! I should have gone straight to a new boiler system originally rather than trying to get my old one ‘fixed’. I cannot recommend Boiler Hut enough for their outstanding service – both in sales and installation.

The chairman of a big construction company once told me “you cannot get quality, price and speed at the same time on any job”, Boilerhut proved this wrong and provided fantastic service on top.

Paul was responsive and helpful at every stage of the setup process. Technology is used in a very smart way to make the quote stage clear, fast and convenient.

On-site, Barrie was amazing at his job but also very approachable, friendly and happy to go the extra mile to help out. He got on with the job with minimal input from us but always explaining things clearly when he needed input.
He replaced 8 radiators, including moving 3 of them, and changed the system from regular to combi in 2 and a half days! The pipe work looks very tidy and will make it easier to fit the kitchen.
The radiators look great, particularly the vertical ones Paul found for us. We couldn’t be more pleased.

As a comparison, we invited 2 recommended local plumbers to quote for the job (London) before commissioning Boilerhut – one said he was interested but never replied when asked when he could come to visit the house to give a quote, the other offered to come to inspect the property 3 weeks later and wouldn’t have started before March. Boilerhut took 8 working days between receiving the online quote and finishing the work.

If we could give them 6 stars instead of 5, we would!